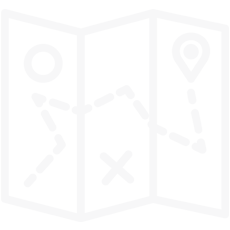 Alicante was a walled city up to the 19th Century. In 1858, Queen Isabella II came to Alicante to inaugurate the Madrid-Alicante train line. Seizing this opportunity, given that the city’s growth was limited buy its walls, authorisation was asked from the Queen to demolish the walls. This marked the beginning of the town’s expansion. During this walk, you will visit the area where the new city emerged in the second half of the 19th Century.

We must walk along the esplanade to reach the area corresponding to the city’s expansion. This esplanade was one of the first seafronts built at the end of the 19th Century. After the walls were taken down, the rubble was used to level the land and to create this esplanade. Originally called the “Malecón”, the esplanade was later named “Paseo de los Mártires de la Libertad (“Martyrs of Liberty Walk”). The current esplanade was built in the 60s and the mosaic floor is made up of a total of 6,600,000 pieces. We can observe three colours: one of them is called “Alicante red”, because this distinctive marble colour can only be found in Alicante.

This avenue marks the limit between the old quarter (left) and the historic centre that was about to emerge (right).It used to be a ditch at the foot of the wall, where rain water ran through. The city had hardly grown in previous years beyond the Rambla because this was a natural limit that inhabitants preferred not to cross. When the city had no more room to spread, they began to build on the other side of the Rambla.

Constructions already existed in this square before the walls were demolished. Its current layout dates back to the 19th Century. This Square used to be called “de las barcas”; it reflects the bourgeois city and ideas of urban aesthetics proper to the new dominant class. At the same time, more squares were built throughout the city to make Alicante more beautiful. The fountain you can see today was placed here to commemorate the collection of water from a village in the province in 1898, due to Alicante’s needs in water supply.

The construction of this new theatre in the middle of the 19th Century had two significant consequences: it established the existence of a rising mercantile class, responsible for the century’s major public constructions; and it consolidated an emerging urban structure that linked the walled city of the 18th Century to the new city area at the end of the 19th Century. This is a typical example of the many theatres built all over the country at the time. The interior is a typical example of the Italian style theatre with a horseshoe-shaped floor.

The leisure area reached this part as Alicante began to expand. The main buildings of that period were created here: Casa de Socorro or the Cine Ideal, which is the only cinema in the city to have survived the cinematographic boom of the 20s, when cinema was the favourite mass pastime of industrial society.

The current central market is located on the avenue Alfonso X el Sabio, in honour of the King that took the city from the Muslims in the 13th Century. This was the liveliest area in that period and still is. Today, it is one of Alicante’s main avenues. The central market was built at the beginning of the 20th Century and it was later bombed during the civil war. Parts of this market had to be reconstructed.

We have walked along the avenue Alfonso X el Sabio, which ends at the Plaza de los Luceros square, one of the city’s major squares. Under this square you will find a TRAM (public metropolitan transport of Alicante) stop, which allows you to reach the beach of San Juan easily. It will also get you to many of the touristic towns on the north coast of the province.

The current fountain was built at the beginning of the 20th Century, but this square is significant for another reason: the city needed town planning to keep on building after the walls were demolished and the rest of the avenues were built departing from this square as their central axis

The palace of the Provincial Council of Alicante was built in the 30s. This building reflects the significance of the avenue that linked the train station to the centre of the city at that moment. The avenue ends at the train station, where the Queen arrived in 1858 to inaugurate the train line. The original façade has not been preserved except for the iron roof.

This museum is dedicated to one of the cities’ main festivals: “Las Hogueras de San Juan”, the bonfires on the eve of Saint John.

A five-minute walk from Museo de las Hogueras is the Plaza de Toros, where you can also find Alicante’s Bullfighting Museum.

Our itinerary ends here. We hope you enjoyed this walk in Alicante city and hope to see you again soon.